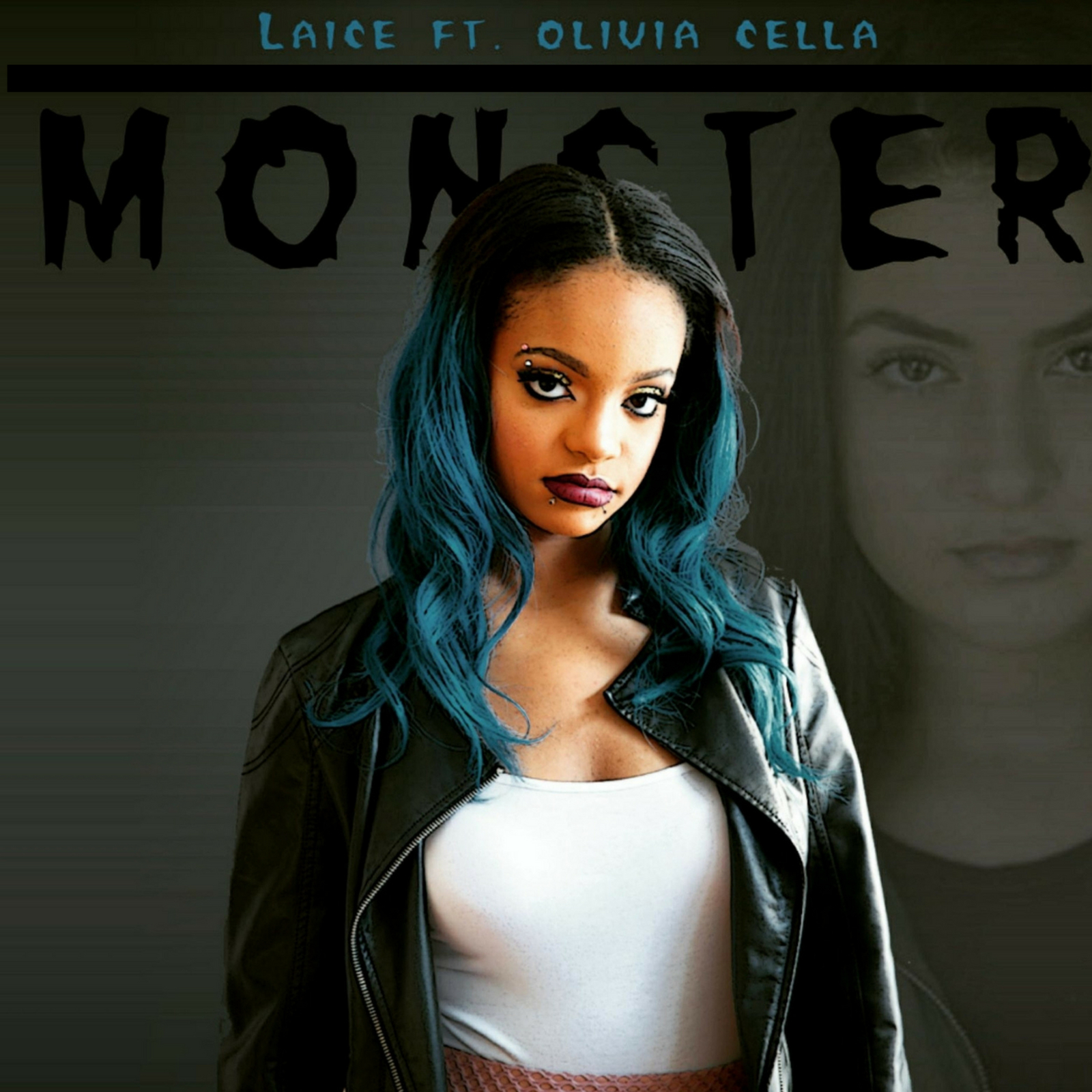 Boston, MA (May 25th, 2018) – LAICE has released a confident new single, “Monster”. The song, which follows on the heels of her debut single “Independence” and features YouTube sensation Olivia Cella, is an impassioned reclamation of time and energy wasted on a relationship that has gone south. 16-year-old Laice’s self-assured vocal is immediately striking as she flits between graceful runs and chopped vocal hooks, while a rippling mid-tempo track grooves along in the background. “Monster” not only showcases Laice’s versatility as a singer, but also paints a picture of Laice’s departure from a toxic relationship, relaying an inspiring message for young girls.

“This song is about having confidence in yourself,” says Laice. “I wrote ‘Monster’ to help me overcome the feeling of leaving behind a really bad relationship where I was constantly getting hurt, and to encourage other girls to know their worth and stand up for themselves when they are mistreated.”
Raised in Massachusetts, the young artist and songwriter delivers R&B-tinged-Pop music with power and nuance well beyond her years. Laice joins forces on her sophomore single with producer @GrammyDavisJr, whose airy dancehall-infused track complements the force behind Laice’s dynamic delivery. “Monster” simultaneously shows off the strength of Laice’s vocal range and melodic sensibility and reflects the personal strength she imbues into her music in the hopes of positively influencing young women.

From an even younger age, Laice has set out to follow in the footsteps of her female role models in the music world. With her second single, she is well on her way, drawing inspiration from vocal powerhouses like Beyoncé and Sia and crafting songs with soaring hooks that would fit Rihanna. “Monster” is just a glimmer of what the future has in store for this young talent, with more music on the way later this year.
CONNECT
Website – Twitter – Instagram – Facebook – YouTube – Soundcloud